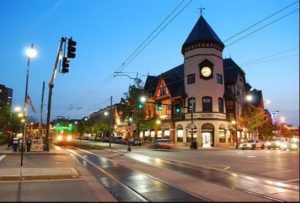 Born in May 1917, JFK was a famous American politician who came from this lovely town and went on to serve as the 35th president of the United States of America between 1961 till he was assassinated in 1963. During his presidency, he managed relationships with the Soviet Union.

Born in April 1963, O’Brien is an American comedian, television producer, and a TV host. He is best known for his work has a late night talk show host and has hosted his own shot called Conan on TBS since 2010. Conan was raised in an Irish Catholic family which surprises a lot of people.

Born in May 1919, Myron Wallace was an actor, media personality, Journalist and a game show host from Brookline, MA. Over a 60 year career, he interviewed plenty of people and was a correspondent for 60 MINUTES on CBS which made its debut in 1968. He retired from television in 2006 and died in 2012.

Born in June 1915, Saul is a writer of Canadian-American decent. He was awarded the National Medal of Arts, the Pulitzer Prize and the Nobel Prize for literature for his work and contribution in writing and rightly so. Throughout history, he is the only person who won the National Book Award for Fiction on three occasions.

Born in 1925, Robert was a politician born in Brookline and served as a junior senator from New York between 1965 all the way till 1968. He was assassinated on June 6, 1968 and before his assassination he served successfully as the 64th U.S attorney general under old brother John F Kennedy.

Born in 1935, Ran is an educator, pianist, and a successful composer. He is very famous for his works which combine classical, gospel, blues in a dark jazz sound. In a career spanning over four decades, he teaches Jazz at the New England Conservatory of Music and also has over 40 recording credits on many Jazz albums. Some of which people know very well.

Born in December 1956, Larry is a former player, coach, and an American professional basketball executive. He played for the Boston Celtic before retiring where he is held in high regards and hailed as a hero. He was the president of the Indiana Pacers in the NBA before stepping down in 2017 after they were knocked out of the playoffs.